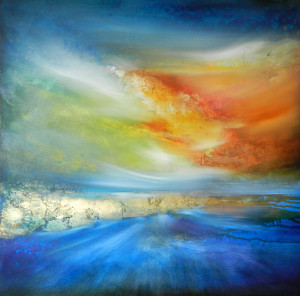 One of my wholehearted missions is to raise awareness about the fact that life not only exists inside the Earth, but thrives there!  Earth is not solid; it is filled with intelligent, healthy, abundant life forms, and houses a sun in its core.

Granted, this information should be easier to fathom than that of life on other planets . . . Because even though the existence of life on other planets is true, it still references something quite “far away” from us . . . whereas this information pertaining to inner Earth is a truth that exists WITHIN the giant vibrating crystal that WE live upon . . . and is nearer to us (in miles) than the east coast of the U.S.A. is to the west coast of the U.S.A.

It is a great passion of mine to share the truth about our planet and the human species.

There were many people (alive during different time periods) who voyaged hundreds of miles into the Earth and wrote about their journeys.  Links to their true written accounts are posted below.  Countless civilizations live inside their planets, which is why we have not “discovered” intelligent life existing on the surface of any other planet in our galaxy.  These human beings discovered a long-lost ‘Garden of Eden’ . . . the veritable navel of the earth, and spent years studying this marvelous land, exuberant with stupendous plant life and abounding with giant animals . . . a land where the people live to be centuries old . . . a region where one-quarter of the “inner” surface is water and three-quarters land . . . where there are large oceans and many rivers and lakes . . . where the cities are superlative in construction and magnificence . . . where modes of transportation are incredibly more advanced than ours.

The distance directly across the space from inner surface to inner surface of our planet is about six hundred miles less than Earth’s recognized diameter.  In the identical center of this vast vacuum is the seat of electricity — a mammoth ball of dull red fire — not startlingly brilliant, but surrounded by a white, mild, luminous cloud, giving out uniform warmth, and held in its place in the center of this internal space by the immutable law of gravitation.

The Bermuda Triangle is one of the access points to the inner Earth dimension, as well as Mount Shasta, among many other entry portals across the Earth, including the North and South Poles, which in particular are blocked off by the government, restricting people from traveling / exploring.  One who properly researches these truths can find a plethora of online material about the world within our planet.

I welcome you to expand your consciousness by delving into these fascinating links: